One thing we’ve really put a lot of energy into the last year is fixing up our backyard more. Last spring we finished the fence and added panels to the back part. That part of the fence is going on 9 years old and was built by our neighbor. It has some loose boards, and we were concerned because they have some very aggressive dogs. So we put plywood over it and then painted the panels with colorful chalkboard paint. Now we don’t have to worry about the girls sticking their fingers through the slats and getting bitten. And they have a huge surface to color on with chalk!

My sister gave us a slide and picnic table her kids outgrew. Marlin’s parents gave us a fire pit for Christmas. We bought an outdoor table and chairs where we can eat dinner on nice evenings. A set of tiki torches light everything up and keep the bugs away. We also got a kiddie pool for Nadia.

We’ve even expanded our garden. Nadia has a patch of flowers all her own– the marigolds that keep bugs away from the tomatoes! We’ve also planted fun things for her like blackberries, strawberries, watermelons, and sunflowers, and we added more of her favorite– blueberry bushes. And we hung a bird feeder so Nadia can see the birds.

We love our backyard because it is such a fun place for us to relax in the evenings. Nadia loves playing outside, whether it’s coloring with chalk, digging in the garden dirt, watering the plants, splashing in the pool, sliding, or (her favorite) looking for the two frogs that frequent our yard at dusk.

I’ve had three things I’ve wanted to add to our little oasis this summer, and I’ve managed to get all three this week! (Facebook garage sale groups are the best!) First up was a toy barbecue grill. Marlin grills out a lot for us, especially in the summer, and Nadia always wants to go with him and help. So we got a play grill just for her! (Just ignore our messy patio in these pictures!)

The next purchase was one I have been working on desperately– a playhouse. At $200-$300, a new one was really not something I could justify. But a used one? They have them on the marketplace sites all the time. But the problem is, they go so fast. I’ve tried to get several, but unless you catch one that’s only been listed for a few minutes, you’re usually out of luck. But I finally got one! The woman said she would give preference to whoever could come get it soonest, and since we were out in town with the girls, we could come right then! And when we got to their house, they told us they were moving and also had a few other things we could buy. What do you know– they had my third and final wishlist item, a water table!

I’ve still got to do a little more cleaning and fixing up on the playhouse, but I’ve gotten a bunch done already. The stove knobs were missing, so I’m going to get a set to replace them. I’ve read that Armor All on the roof will give it shine and protect it from fading, so I plan to do that too. I’ve given it a once-over with cleaner already though, so it’s good for Nadia to play it. There are a few stubborn dirt spots (like on the threshold) that need a little more scrubbing to get them gone. I replaced the batteries so the doorbell and toy phone work. We bought a cute battery-powered nightlight that looks like a light switch, so as the evenings get darker, Nadia can flip the switch and it turns on a light for her to see. Then the fun stuff– Marlin put down an outdoor mat so he wouldn’t have to worry about weed-eating inside the playhouse. Then I added some cute plastic picket fencing and a pot of flowers out front, along with a couple more solar lights since that part of our yard doesn’t really have good lighting in the evenings. It all came out so cute! 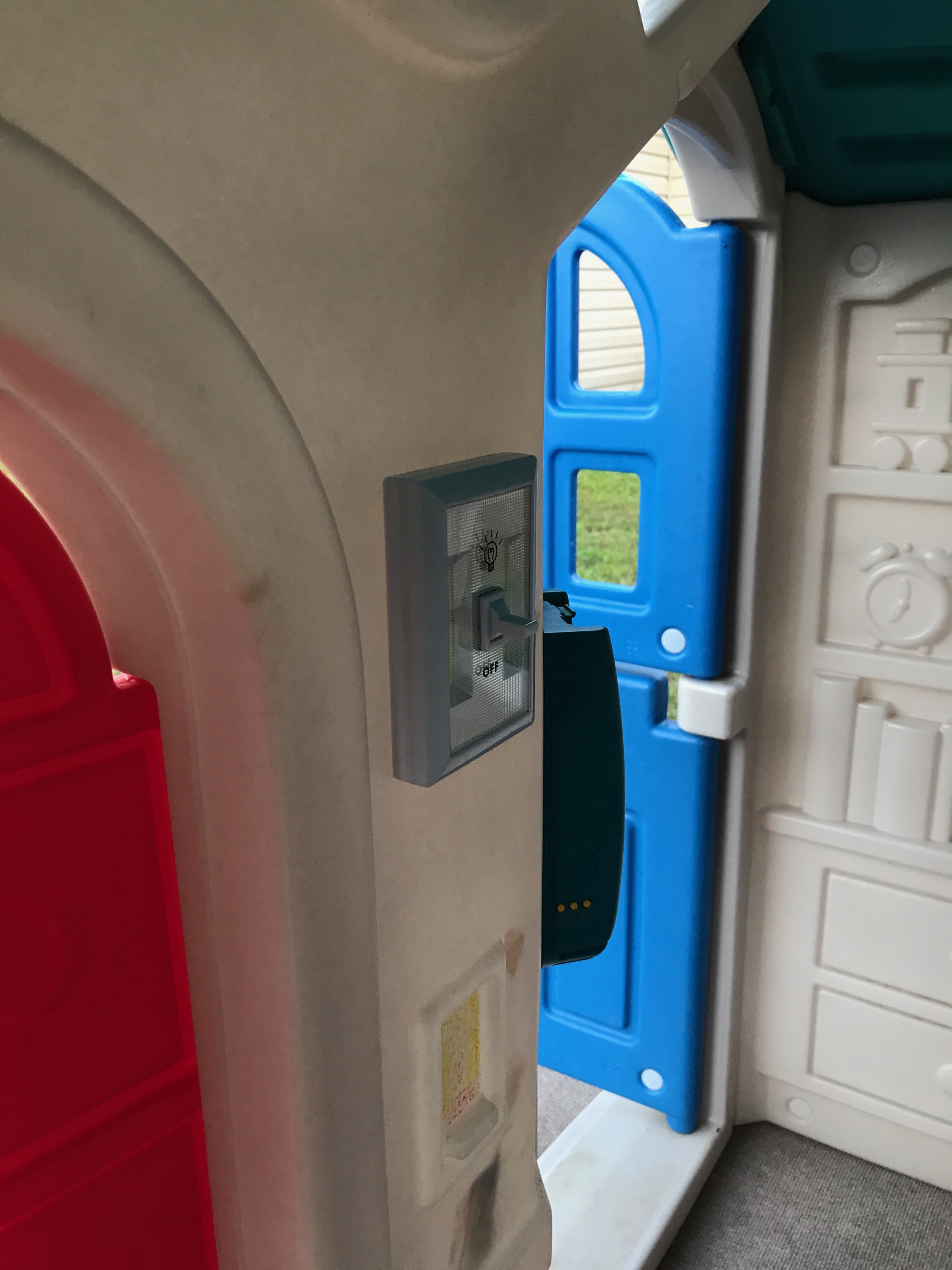 I don’t have any pictures of the water table, but Nadia likes it too! 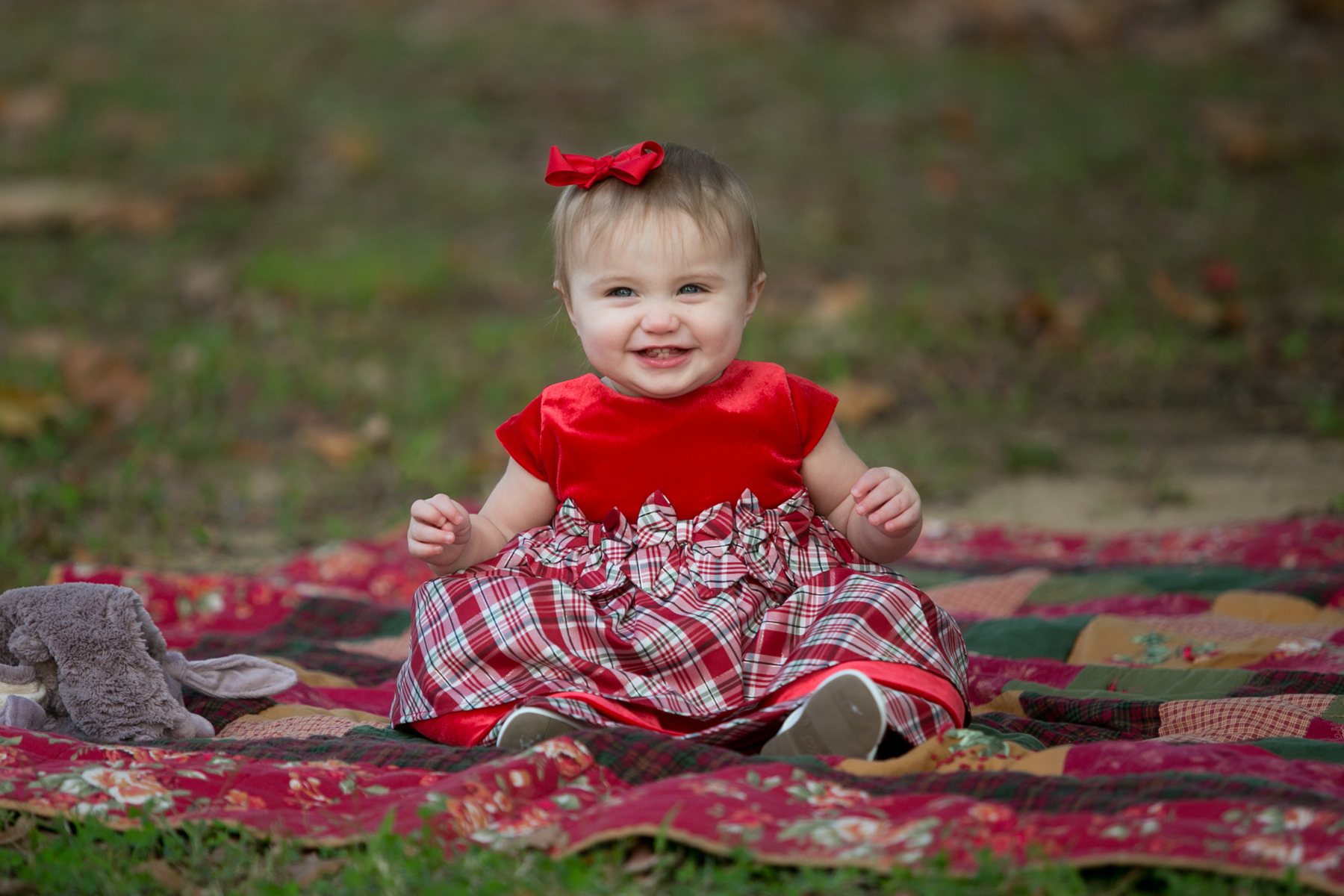 After struggling with infertility for years, we embarked on a journey of adoption. Three years later, we were chosen to parent the most amazing little girl– Nadia. This is her story.